Well, I'm starting to believe that the secret to being the mom of a teenage boy is, when he has friends over for a friendly game (the 9-hour kind that only teen boys appreciate), just keep shoveling food in their direction.

This is the second Saturday in a row when the boys have decorated the living room with game pieces, England attacking Germany, Japan attacking Russia, etc. So far I've placed bowl after bowl of treats before them. Bags of pretzels, Chex snack mix, Eegee's strawberry slush, bean and cheese burritos, a cheese ball and 2 kinds of crackers, a pitcher of strawberry Kool-Aid, half a dozen oranges, a batch of chocolate chip cookies, a pan of brownies. Probably some other stuff I forgot. A minute ago I ripped open a bag of tortilla chips and poured salsa from a jar into a bowl. They fell on it like starving hyenas.

Well, considering I've eaten nearly an entire box of Great Value Vanilla Almond Awake dry cereal back here in my lair while they've been The Locusts of the Living Room, it's a sign that it's genetic for at least one child. 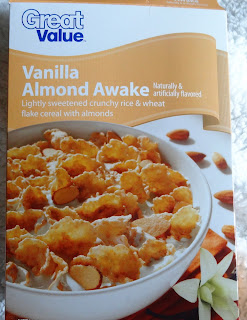 I'm new to this mom-of-a-teen thing.

However, I have to say how amazing my teen boy is. And his brother and sisters. We had a road trip to grandma's yesterday, and on the way home I was getting punchy. They started asking me about my latest novel, and they insisted on hearing the entire plot from start to finish. Bless them! They kept asking for more for the full two hour drive. It made me go through what I've written, made me remember what scenes are exciting, which ones aren't, and which characters start out seeming important but fade sadly (and probably need to be cut.)

THEN, they gave me suggestions about the best way to get the motorcycle off the bottom of the Havana Bay (in 1788). And they were good ideas! Plus, the second son had a hilarious idea for one of the other scenes. I think it will become iconic WHEN my current book becomes a bestseller and a summer blockbuster movie. (Dream big, always dream big.)

It's probably the neatest thing EVER to be a mom. I really feel lucky and blessed to have these hilarious and brilliant children in my life. They're the best.
Posted by Jennifer Griffith at 2:45 PM

Jennifer Griffith
Most of the time I'm a mom, weathering the chaos. Sometimes I remember I'm a three-time published author of, not the Great American Novel, but of Cotton Candy for your Soul. Light, sweet, gone. Enjoy!

Lilacs. Sigh. I love them. They remind me of home and springtime. So perfect.

To schedule a book signing, appearance, or interview with Ms. Griffith, please contact her publicist, Kirk Cunningham, at kirk@jollyfishpress.com

The afternoon I created this blog, making it as pink and frothy as it should be, I stepped away from my computer to make dinner and do family things. The doorbell rang. There stood a friend, Max. In his hand were six bags of...cotton candy. He had just whipped them up at home in his new cotton candy machine and brought them over to share.

It was a sign from the heavens that this blog must BE.