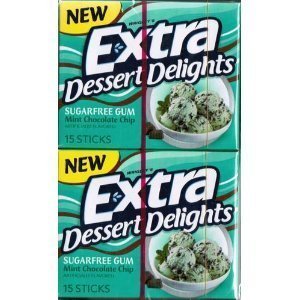 Pondering the value of attending a writing conference?

Here are some reasons to bother going:

1) Network with other writers. Talk to people who "get" you. You don't have to assume you're the only one who hears voices and entire pages of dialoge running through your head anymore. Suddenly *you're* not the weird one. It's like when the ugly duckling showed up in swan-land. Ta-da!

2) Learn more about the craft. Conference organizers work like maniacs to assemble charismatic faculty with presentations on a wide variety of topics. Check the workshop and class lineup when you're registering! The conference I attended this weekend had classes like writing by gleaning stories from genealogy, songwriting (with a mind-opening step by step), how to write a query, how to write a pitch, how to make your writing pay, and many more.

3) Possibly meet agents and pitch your work. From what I've heard, and now that I've seen it in action, I believe wholeheartedly, an agent or editor is a bazillion times more likely to request pages from you if he or she has met you and heard you be enthusiastic about your work during a pitch. Otherwise, all you are is a query letter in the big, icky, disgust-inducing stack on the front desk of an agency. Wouldn't you rather be a smiling face and a witty remark in the memory of an agent who got wined and dined at a conference? Yes, you would. Even if it means the agonizing torment of preparing for the pitch session.

4) Get re-motivated to write. Going to conferences has pumped up my enthusiasm to write. The workshops always make me reexamine my work and improve what I've already written, and improve it. Conferences also always make me a little introspective; I always seem to spend a few hours musing on what exactly it is I want to do with my writing, how I actually picture my writing career going, where I want to go next, and more important, what I don't want to do.

If those are not enough, it's a chance (for me, at least) to be away from home and buy candy and not have to share it with any begging children. On my conference outing a few weeks ago I enjoyed a peanut brittle bar, a box of Good 'n Plenty, some Hot Tamales, a handful of mini-Mr. Goodbars, a few Hershey's Kisses, Starlight Mints, some Dr. Pepper (accidentally), and a bunch of mint flavored Three Musketeers. There were probably more. Sigh. So much candy, so little sharing of it. Well, I kept it in my purse and offered candy to the people next to me at the tables. Candy is a great icebreaker! I love my children. Don't get me wrong. And generally I share everything except Lindt truffles. And Dole Fruit Bars (coconut.) I'm just saying, a candy gluttony weekend is nice once a year or so.
Oooh. My friend shared a new candy with me--gum flavored like chocolate mint chip ice cream. Delicious enough I almost ate it outright. What a stroke of genius. Whoever came up with that, I thank you from the bottom of my tastebuds.
Posted by Jennifer Griffith at 2:20 PM 5 comments:

Lately deciding on how to label the genre of my novel has been taking up an unnatural amount of my brain's hard drive free space. I think I need to defrag or something now. Does it fall in mainstream fiction or commercial fiction? Ha ha I wish I could say it fell into literary fiction but it's too cottony and candy-y.

So since my protagonist is 24, it won't fit into YA (young adult) fiction, even though it is a kind of a coming of age story. I got that much. Parameters as far as I can gather from combing the Internet and agents' sites and know-it-all-experts' advice books require the main character of a YA novel to be no older than 17, and preferably 16.

So it's definitely not middle grade even though when I read the prologue to the 5th graders a few months ago they ate it up. Middle grade novels star kids age 11. Or else!

Then there's women's fiction. Even though this could be termed a love story (the main character gets the girl at the end) and I would like to believe women will really find the hero of the story appealing, in spite of his flaws. But it's not technically a romance, even though the protagonist's main need is to overcome his loneliness. It doesn't fit the template of what's required for a romance. For one, the main character is male, not female. And since it doesn't star a 28+ single woman with a careeeeeer and eschewing marriage but secretly pining for love, it sure ain't chick lit.

So, do I try to market it as sports fiction? The whole story is about a fish-out-of-water, an unexpected foray into a new sport. It doesn't cover one of the big favorite sports of basketball or football, or even NASCAR, so maybe that won't work. Did you know there's a NASCAR sub-genre in Harlequin romance? I heard that last summer and I think my head is still trying to wrap itself around that fact.

Sometimes I think I should rework my story to fit neatly and squarely into one of these categories. But I wanted to tell the story of this particular character at this particular point of his life. To do that, I need to tell THIS story. I realize that the only reason I would need to alter it is if I decide to try to market it, which I guess I will, just to force myself to DO HARD THINGS. However, I am not going to weep failure tears if no publisher picks it up. I realize the story idea is a stretch. I know it doesn't fit neatly into a genre. I'm okay with that. I like the story, and I'm sticking to it.

And I WISH with all my HEART that I had a door on my hall closet. That it didn't gape open, with all those cereal boxes calling to me every single time I pass them, begging me to reach in, to get just a little handful of strawberry frosted mini-wheats or a few of those Raisin Bran Crunch flakes. Man, those are good. So good in fact, I kind of find myself thinking they (like the NASCAR Harlequin) should be a subgenre of candy. The mini-wheats and raisin brans could be the health-nut cousins of candy. Lucky Charms and Froot Loops could be more closely related. Apple Jacks have sugar listed as their first ingredient. Mmm. I love when those loopy rings have an obscured center, caked over with delicious dried, appley frosting. 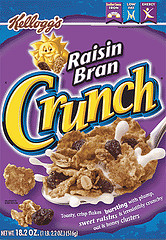 Kingdom, phylum, class, family, whatever. All that sugar tastes really good when combined with wheat or oats or rice or corn flour. I'll take a big handful again when I pass by.

I think I might have blogged this opinion in an earlier post. Oh, well. My kids tell me all the time I'm repeating myself. So why not in cyberspace, too?

The Success and Failure of the Roadside Stand

Last week the 8-11 year old girls at church were doing a bake sale outside a grocery store to raise money for the hospital auxilliary. It was a-buzz here at home as we made a variation on Rice Krispies Treats (see below for RECIPE!) so much so that that afternoon, my 6 year old caught the fever and insisted on doing her own "roadside stand."
She begged, she pleaded. She even whined. (Imagine!) But I didn't have any packets of Kool Aid and didn't want to make another trip to the store, so I put her off. Mean, I know. But show me the mother who never does that.

Finally she said the magic words: "But Mom! I want to have my roadside stand be chocolate covered strawberries!" 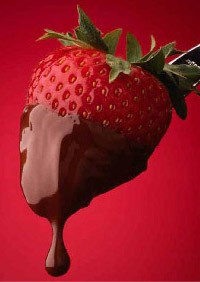 Ah! "Why, sure. Let's whip those up." They chilled while she made her poster and dragged the TV tray out to the edge of the lawn, and were ready by the time she and the 3 year old had posted themselves on folding chairs.

It's not a traffic-filled neighborhood. At all. But within half an hour, little Miss Entrepreneur had sold out. At 25-cents apiece, she became a mini-millionaire, or at least acted like one with that jingling $3.75 in her quilted daisy purse of faux fur. "Can we go to the dollar store? Can we? Can we?"

I kinda put that one off, too. I mean, I had to go down and help man the service project bake sale, right?

All this brought to mind a memory of a roadside stand experience (why my kids call them that, I'm not sure. It's apt, but a little weird) from summer before last. The now-8-year-old had sat out front selling her crayon drawings for a buck apiece. I didn't actually know this was going on (Imagine!) until she appeared with $2 in a #10 can. Weird.

The success triggered entrepreneurial longings in my now-10-year-old son. He wanted something "really different." I shrugged. It all felt beyond my control. Sure, go ahead. Sell whatever you like. I don't think I can stop any of this. I'm just the mom here.

An hour later, he returned to the kitchen, head slumped down Charlie Brown style, shoulders low, his plate of goodies still full.

"Mom, I told him not to do it!" the oldest interjected. "They're just yucky. I said no one would want them."

I turned back to the sad kid. "What are they? What did you make?"

"Mom," the oldest insisted, "he never even tried them!"

"Fine," called the seller. "Fine!" and he popped one in his mouth. He instantly spit it out. At this point I walked over to investigate. "This is bad, Mom! Really bad! It's funny. I thought chocolate covered dill pickle slices rolled in sugar would be good! But they're not!"

The answer to  your question is no. I did not try one. >shrug< I try to be a good mom, but there are places even moms can't go.

I guess the lesson we discussed after the strawberry success (as we recalled the pickle failure) that night at dinner was the importance of providing a product your customers want. There's probably an application to that in writing. It's why I'll probably never write Misery Memoir. Anybody who reads my stuff expects cotton candy, not pickles, with or without chocolate and granulated sugar. (Although I personally LOVE dill pickles. The real ones, not the literary ones.)

So, now for the RECIPE!

Jennifer Griffith
Most of the time I'm a mom, weathering the chaos. Sometimes I remember I'm a three-time published author of, not the Great American Novel, but of Cotton Candy for your Soul. Light, sweet, gone. Enjoy!

Lilacs. Sigh. I love them. They remind me of home and springtime. So perfect.

To schedule a book signing, appearance, or interview with Ms. Griffith, please contact her publicist, Kirk Cunningham, at kirk@jollyfishpress.com

The afternoon I created this blog, making it as pink and frothy as it should be, I stepped away from my computer to make dinner and do family things. The doorbell rang. There stood a friend, Max. In his hand were six bags of...cotton candy. He had just whipped them up at home in his new cotton candy machine and brought them over to share.

It was a sign from the heavens that this blog must BE.